Between the 22nd and 24th of April 2016 the organisers gathered in Laax to welcome the newly selected members of the team, revise everything that has been done up to this moment and transition to the new Team Structure which will define how the team functions from now on and at the session.

April 19, 2016 Riccardo Passarella
We are very honoured to announce that Mr. Didier Burkhalter, Federal Councilor, head of the Federal Department of Foreign Affairs and President of the Swiss Confederation in 2014 during the Swiss Chairmanship of the OSCE, is one of the patrons of the Session!
Here’s a little something he wanted to share with you:
“Dear young people, I encourage you to participate in the European Youth Parliament. It will give you the opportunity to shape the world of tomorrow. You will debate, listen, work on compromises and create shared values: give life to democracy. I am glad that the EYP enables you to take your responsibility for the next generations.” 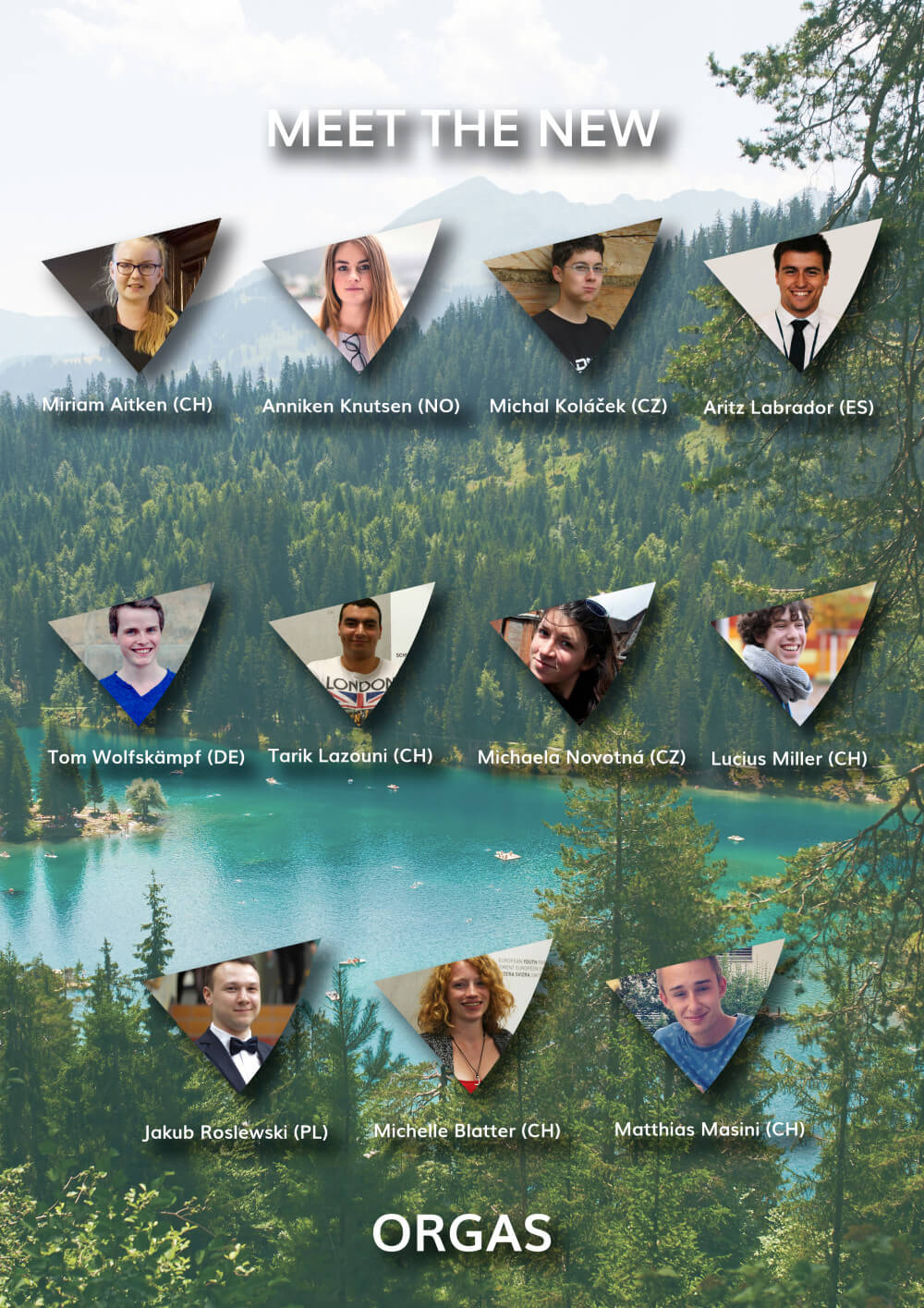 We are thrilled to unveil the new orgas who are joining our team!

We are thrilled to unveil the Editors of the Session: Mr. Waltter Roslin from Finland and Ms Karin-Liis Lahtmäe from Estonia!

The Editors will be leading the Media Team, which will produce visual, academic and other contents both for the Session participants and everyone else who might be interested in what is happening in Laax during the Session.

Hear out what they think about the experience that awaits them:

“How can we ensure that what we as the Media team create will be accepted by our audience? Whilst,  it is true that we have Europe’s brightest minds at our disposal, that in itself does not constitute action. Laax 2016 will be the perfect close-knit setting to enable us to enable you. We want to bring back the essence of the all-around media team that is not cooped up in the media room, but actively engaging the session’s participants. Our game plan is to cover and assist; cover the memories you’ll be making and assist in their make-up by informing, inspiring and putting our collective knowledge into practice. We are highly anticipating what and who the upcoming months will bring as we move towards Laax 2016.”

Franziska Maier, from Germany, is the President of Laax 2016.

The President has many functions during the session. Throughout the session, she co-ordinates the different groups of participants: the delegates, journalists, chairs and organisers. As the public face of the session, the President and board (consisting of two or three Vice-Presidents) chair the debates during the General Assembly, ensuring that the official procedures are followed.

“Laax 2016 will be a session full of challenging debates, well-grounded and documented learning experiences, as well as mutual trust amongst a closely knit Officials team. The core of every session is the policy-related content it produces. I wish to make a contribution to Laax 2016 by taking effective approaches at making topics understandable, and at developing policy solutions that respond to different viewpoints, are based on refinement, and subject to an active process of deliberation. Its results should provide further inspiration to the EYP community. Empowering the Chairs team to make a difference, making all participants allies in this common undertaking, and celebrating the achievements we make along the way are at the core of implementing these plans”.